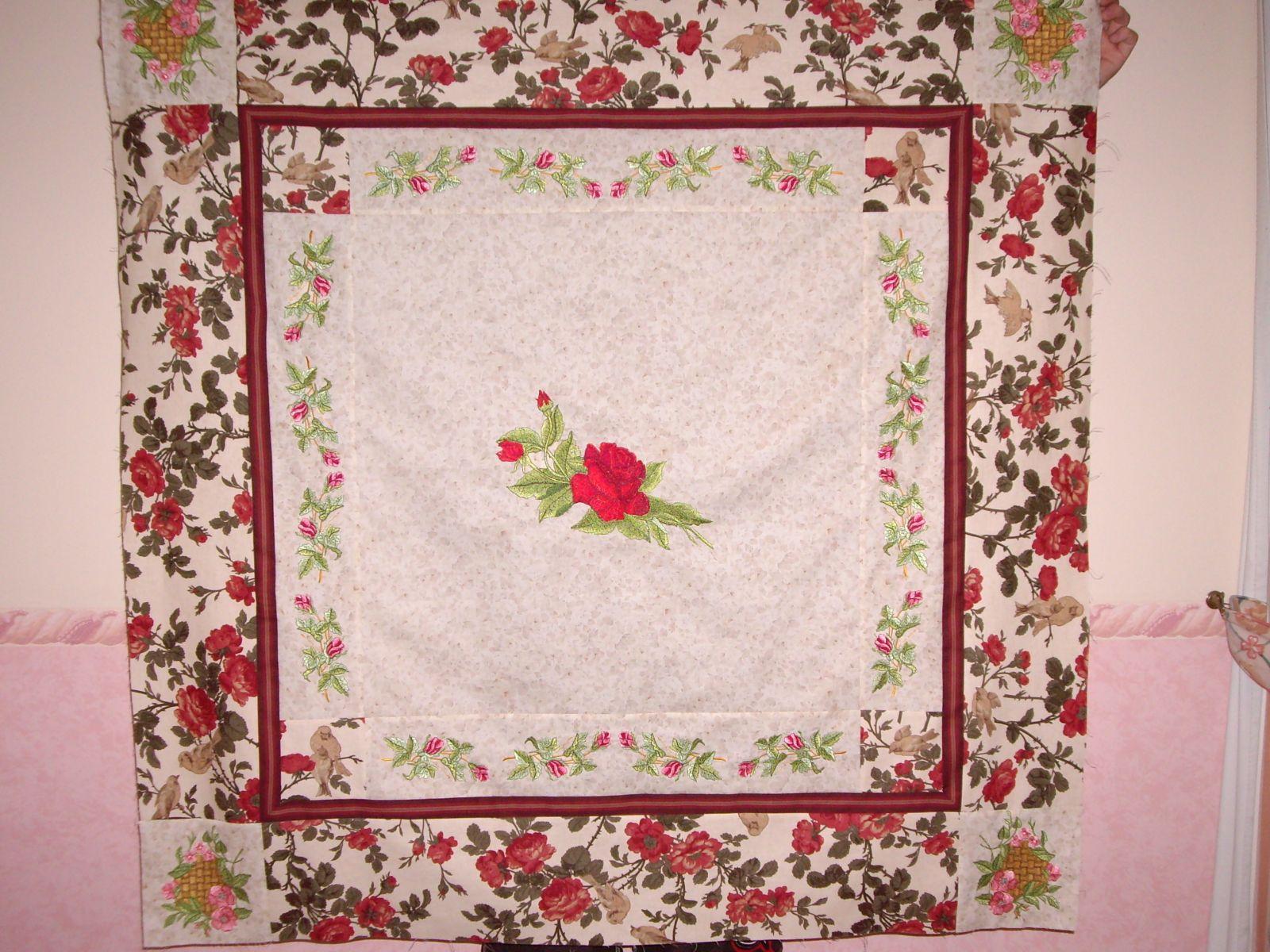 The rose garden embroidery at quilt 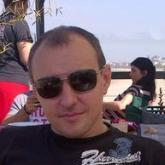 attached is the first pic of 'the rose garden'. Hopefully it is what you are expecting with your designs.

Normally I would take a pic without flash,so the colours are more natural,but,as it is late in the day & dinner time-you have the slightly 'flashed' version.

There will be another stripe row after what you see completed,then more embroidery-thats where I thought some greenery would look good.

It took me a bit to line up the mega rose-even when I used the orbiting feature that the pfaffs have-it was still a bit of work -as I'm not a digitizer,this idea may not work, but thought it worth mentioning-especially given the size of this design.

Is it possible to put in a row of stitches around where the 2 designs join up,so you know you have it placed properly before you start stitching all of the second stage? (at this point it would be easy to unpick it & re-align it), your testers may not have had any problem at all (I didn't on the first stitch out,then muffed it up 3 times!). It was just a thought for helping other embroiderers with aligning these big split designs.Just a row of running stitches that follows the curve of where the petal will fit in (I hope that makes sense-to me it would make sense on all split designs! LOL)

My family all passed favorable comments on the quilt so far & they usually just give most of my stuff a quick look these days- having seen it all! So here's hoping its what you expected.

© Denisov Embroidery studio
From the album:

Photo Information for The rose garden embroidery at quilt

There are no comments to display.